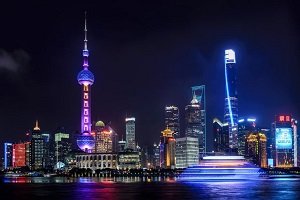 You’ve now arrived in the U.S. to attend a university and learn about the diverse American culture and its rich history. Likewise, when you receive your first major assignment for an expository research paper, you can’t help but think of all the fascinating information you’d like to share with your classmates about China.

The amount of interesting facts about this country is endless, but here is a list that’s been narrowed down to get you started on your intriguing China research paper that will amaze your American classmates.

You’ve already spent many years studying all aspects of your home country—from its growing economy to current events. It’s no wonder that you’re trying to bring some focus on your China research paper while studying abroad.

So, here are 10 facts you can consider:

As you can see, all the facts convey information that might not be common knowledge to U.S. students.

Fields and Subjects These Facts Relate to

As far as research genres go, these facts can be applied to just about anyone. For example, the fact about the contaminated water can be applied to a problem/solution or to a cause-and-effect paper. In relation to different fields, you’re only limited to how much time you’re willing to put into the research and how much in depth you’ll need to go for each topic.

As an idea, Sociology or Psychology papers can focus on the treatment for Internet addiction or look at why so much of the population prefers living in caves. When addressing topics in Economy or Politics, then facts about the number of exports and imports, the prohibition of the PlayStation, or why many people live on very little income, will be applied.