The skill to speak in a clear, eloquent and convincing way in front of people is needed in the world today for everyone. For that reason, many institutions of learning intend to enable their students to practice in speaking. During the studies at college or university, public speaking is a regular activity for students, whether it is a presentation of a report in front of an audience or a discussion of any topic in a class.

Once Jerry Seinfeld said, “According to most studies, people’s number one fear is public speaking. Number two is death. Death is number two! This means, to the average person, if you go to a funeral, you’re better off in the casket than doing the eulogy”. Feel such fear?

At Business Insider, you find the useful statistics about public speaking. For example, what does the success of your speech depend on? So, it depends on such elements as  7% content, 38% voice and 55% non-verbal communication. All these essential components of the successful speaking are present in Martin Luther King’s “I have a dream” speech, which is highly regarded as one of the most powerful speeches. In the mid-60s, he supported enthusiastically the racial equality.

This speech inspires a nation to tear down racial barriers in the society. A powerful speech can be used for effective communication or to make a great pitching, make a difference in your life and a community at large. It is high time you knew 5 keys of a brilliant speech based on “I have a dream” by Martin Luther King Jr.

In creating a powerful speech, words are needed for the effect on the audience. You should use words or phrases to stimulate the emotion of the audience.

Besides the content of your speech, it is important how you pronounce your words. Silently so that nobody can understand what is happening? This way of speaking is unacceptable for Martin Luther King. If you watch the “I have a dream” video, you will observe that the speaker’s booming voice captures his audience immediately.

Don’t try to shout at the top of your voice to be heard. It is better to focus on the vocal variety. If you take into consideration 5 Secrets of a Successful TED Talk, you’ll see the vocal variety increases the TED speakers’ charisma and credibility ratings. As for numbers, the most popular speakers have 30.5% higher vocal variety than less popular ones. Why not to become charismatic and credible during your own speech?

As well as a voice, a body language during a speech should indicate your level of confidence. Martin Luther King’s body language shows that he is calm and emotionally stable. He keeps his chin up and chest out because looking downward demonstrates the lack of certainty. Additionally, it is important to keep an eye contact with an audience. Such a type of behavior only benefits you highlinting that you’re solid in your convictions.

If you want to speak confidently, you should have the text prepared beforehand and pronounce it at least 10 times. T.J. Walker, a leading public speaking expert, assures that you absolutely must rehearse the speaking process by recording yourself on video. Luther King’s great oratory skills may have seemed to come naturally, but he really practiced, practiced, and then practiced some more.

The above mentioned factors of a powerful speech based on Martin Luther King Jr. “I have a dream” speech should be involved in your speech. They enable you to hone your speech presentation skills and you can practice most of it on your own. You can leave more time for practicing in front of a mirror if you order a custom speech from our professional essay writers at DoMyEssay.net. 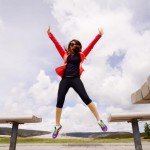